How to Lead Someone to Christ – 1 Corinthians 3:6

Getting Ready For Evangelism–Some Practical Steps

Learning About Prayer From the Master

Slaves to Sin No Longer

An Exposition of Romans 6

Jesus Christ conquered sin and death nearly 2,000 years ago on the Cross. There truly is victory in Jesus for all who know Him.  But wait.  A battle still rages, even for Christians.  We are in combat every day.  And quite frankly, many are not doing so well.  Many are living frustrated, defeated lives.  The enemy is sin.  The enemy is within.  How can we win this war against person sin? We find the answer in Romans 6.

Gazing at The Suffering Servant: Pondering the Message of Isaiah 52:13-53:12

The Most Important Thing We Do In The Church

What's Going on in the World? Learning About the Future From Daniel

9 Marks of a Healthy Church

Whatever Happened to the Christ of Christmas?

Is Christmas More Than a Sentimental Story?

Getting Ready for the Baby

The Humble Birth of the Sovereign King

The Correct Response to the Christ of Christmas

Putting Christ on Display in our Homes

Promises to Live By in the Crucible of Suffering

People to Live With in the Crucible of Suffering

The Armor of God

Who is My Neighbor?

How to Pray for People You Love: Learning About Prayer From Ephesians

We Have A Mission

Stephen: The Man With a Face Like an Angel

Preparing for Passion Week--Seeing the Cross From Mark's Perspective

Preparing for Temptation in 2016

Living by Faith When Times are Tough

Discerning the Will of God

Discerning the Will of God – Part One

Discerning the Will of God – Part Two

Discerning the Will of God – Part Three

Getting Ready for the Cross

(Audio versions are available for some of the following messages…please search the message by Date, Scripture, or Title )

Hospitality for the Glory of God”

“Putting Love into Action With Hospitality”

The Importance of Hearing the Word – Acts 17:11

The Importance of Reading and Studying the Word – 1 Peter 2:2

The Importance of Memorizing the Word

Lead Us Not Into Temptation

It's All About Christ

Finding Our Identity in Christ – Galatians 2:20

Suffering With and For Christ – Colossians 1:24-29

inners in the Hands of an Angry God – Sermon

Redeemed People Have a Reason to Speak

Redeemed People Have Reason to Speak – Part One (Psalm 107)

Learning From the Prayers of Paul

Praying for Discernment:  Paul’s Prayer for the Philippians (Philippians 1:3-11)

Praying for Christians You’ve Never Met Yet:  Paul’s Prayer for the Colossians (Colossians 1:9-14)

Praying for a Friend: Learning from Paul’s Prayer for Philemon (Philemon 4-7)

“A Case for Arranged Marriages?” – Ruth 3

“The Romance of Redemption” – Ruth 4

The Importance of Remembering a Night You’d Rather Forget – Mark 14:66-72

Learning From the First Family

Learning From the First Marriage (Genesis 2:18-25)

The Holiness of God

“Learning about Humility from Jesus’ Sermon on the Mount” – Matthew 5:1-10

“Models of Humility in the Old Testament”

“Models of Humility in the New Testament”

“The Greatest Model of Humility- Jesus”

The Psalms of David

“What to do When You Are Afraid: Psalm 56

“How God Helped a Man Who Was Scared Out of  His Mind: Psalm 34

“When You’ve Been Betrayed”: Psalm 52

“When a Righteous Man is Accused of Doing Wrong”: Psalm 7

“What to Pray When Your Son Wants to Kill You” : Psalm 3

“When You’re Living in the Desert”: Psalm 63

In a Class All By Himself

The Truth About Our High Priest (Hebrews 8:1-6)

The Necessity of a Bloody Sacrifice (Hebrews 9:23-28) Part Two

“Putting the Pieces Back Together” – The Message of Hebrews

A Church That's Ready to Reach Out

The Necessity of Godly Leadership: Titus 1

The Necessity of a Godly Congregation: Titus 2

The Necessity of a Godly Reputation in a Community: Titus 3

The Necessity of a Godly Reputation in a Community- Part Two: Titus 3

The Folly of Running From God – Jonah 1

The God of Second Chances – Jonah 3

The Tragedy of Hoarding God – Jonah 4

“What is Forgiveness Really?”

“How Do We Seek Forgiveness?”

“How Do We Grant Forgiveness?”

What's So Special About the Church

What’s So Special about the Church?

The Church as the Lord Intended

“How to Change–Or Can I?” A Biblical Framework for Change That Lasts – Part One

“How to Change” – Part Three

“How to Change” – Part Four

“How to Change” – Part Five

When God Became A Man

Get a Grip:Seven Values of a Strong Christian

What Really Happened on the Cross

This special Sunday morning sermon series will investigate what the Bible really says about The Passion of the Christ. There are five key words that explain what happened when Jesus died on the cross. We’ll examine each carefully in the weeks ahead.

“Reconciliation: He Removed the Hostility of Sin” – Romans 5:9-11

Did Mel Get it Right?

Did Mel Get It Right? 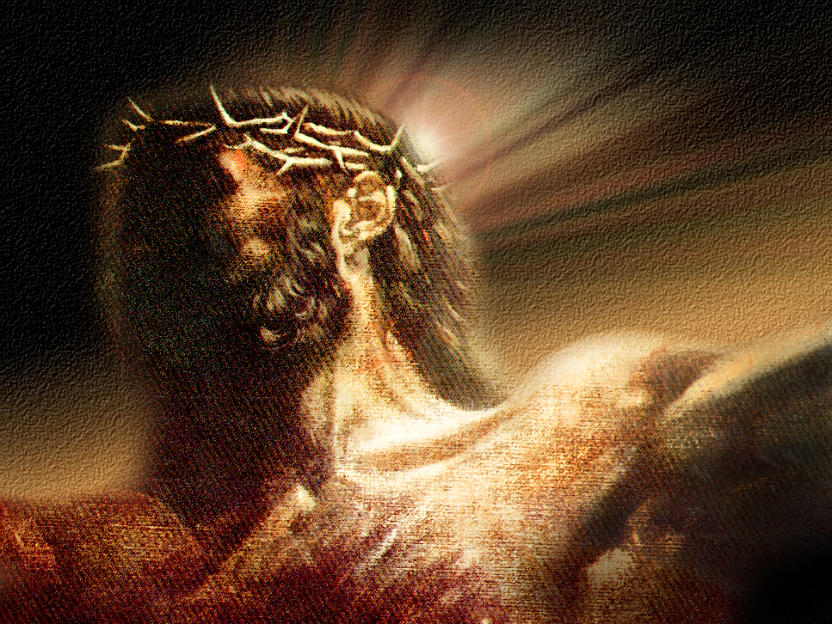 What Really Happened on the Cross?

Some thoughts from Pastor Brad…
The question of the hour is: Did Mel get it right?
Currently, crowds are packing out theaters across this nation to see the movie Mel Gibson produced, The Passion of the Christ. Thousands, even millions will eventually see this portrayal of the last twelve hours of Jesus’ earthly life.

Did Mel get it right?

I saw the movie the night before it opened to the general public. Some critics ridicule the film as anti-Semitic, others as too graphic. There’s no question it is intense. I found myself almost heaving with emotion at the end.
I left the theater with two thoughts in mind. One, for the most part Mel was right on—he followed the biblical account and presented the story as it happened. I saw in living color the agony my Savior endured. But my second thought came in the words of an old hymn—the half has not been told.  The movie barely scratched the surface in portraying the worst kind of suffering—the spiritual suffering—experienced by the Lord Jesus. And that’s not a criticism. I’m not sure a movie could do that.
But God’s Word can, and does.
That’s why we have provided the following resources for you, so you can investigate further what the Bible says really happened on the cross.
I welcome your feedback. Perhaps you have questions or a comment. I’d love to hear from you. It’s our purpose at Wheelersburg Baptist Church to know Christ and to make Him known to others.

Seven Sayings of Jesus from the Cross

Read Pastor Brad’s Series online
Did Mel Get It Right?  What Really Happened on the Cross?

Seven Sayings of Jesus From the Cross

Living With A "Wartime" Mentality

Winning the War Against Sin

The Book of Acts

The Messiah Through the Eyes of Isaiah

In the Beginning - God

When Life Gets Hard

The Superiority of God – Psalm 8

The Solas of Salvation – Galatians 1:6-9

The Splendor of the Second Coming- 2 Thessalonians 1:5-10

Esther - Seeing the Hidden Hand of God at Work

Esther 3 – “The Long History of Anti-Semitism”

Esther 6 – “How the Lord Can Use a Sleepless Night”

Esther 8 – “The Amazing Providence of God”

The "I Am" Claims of Jesus Series

Solas of the Reformation

Why Did He Come?

In A Class All By Himself

Up to Jerusalem: Heading to the Cross

The Sermon on the Mount: Kingdom Living 101

Stay Awake: The End is Coming

The Birth of a Savior

Learning From the Psalms: How to Put God at the Center of Life

The Christian and the Armor of God

What Matters Most in the Church

The Puzzle of the Cross: Learning from Jesus' Seven Sayings

Mark: The Servant in Action